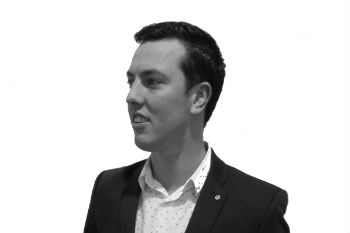 We know our head honcho Harvey doesn’t believe in doing things by halves, his face after losing the title of office basketball champion was proof of that. Joining his father at the helm, Harvey has been with us from day dot, and has a clear vision for where he wants Carus to sit within the commercial painting industry; right at the top (obviously).

He’s partial to the outdoors, so that’s probably where you’ll find him on the weekend. He’s not known for beating around the bush, just for tramping in it.